Alan Shearer, who captained the Match of the Day team, beat Robbie Savage’s squad, who led the BBC 5 live team with 547 goals to 529.

More than 1,100 people played in the snow and rain outside BBC MediaCityUK in Salford, including two Manchester Health Academy teams from the Sixth Form and main Academy.

The 57-hour duration of the match was chosen because it is the equivalent of a Premier League club’s entire season.

The Premier League is matching all of the public’s donations up to a maximum of £500,000.

The money will go towards helping disadvantaged people in the UK and overseas, and you can still donate if you would like to support the cause here. 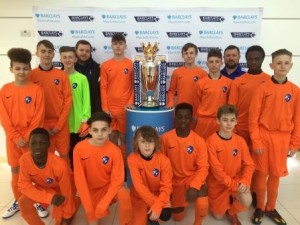 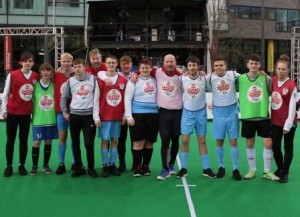